Simplicity; Dignity; Un-worldliness- these are the requirements of a true monument.
Union Cemetery is in itself a worthy monument, a memorial, created to endure.

The History of Union Cemetery Association 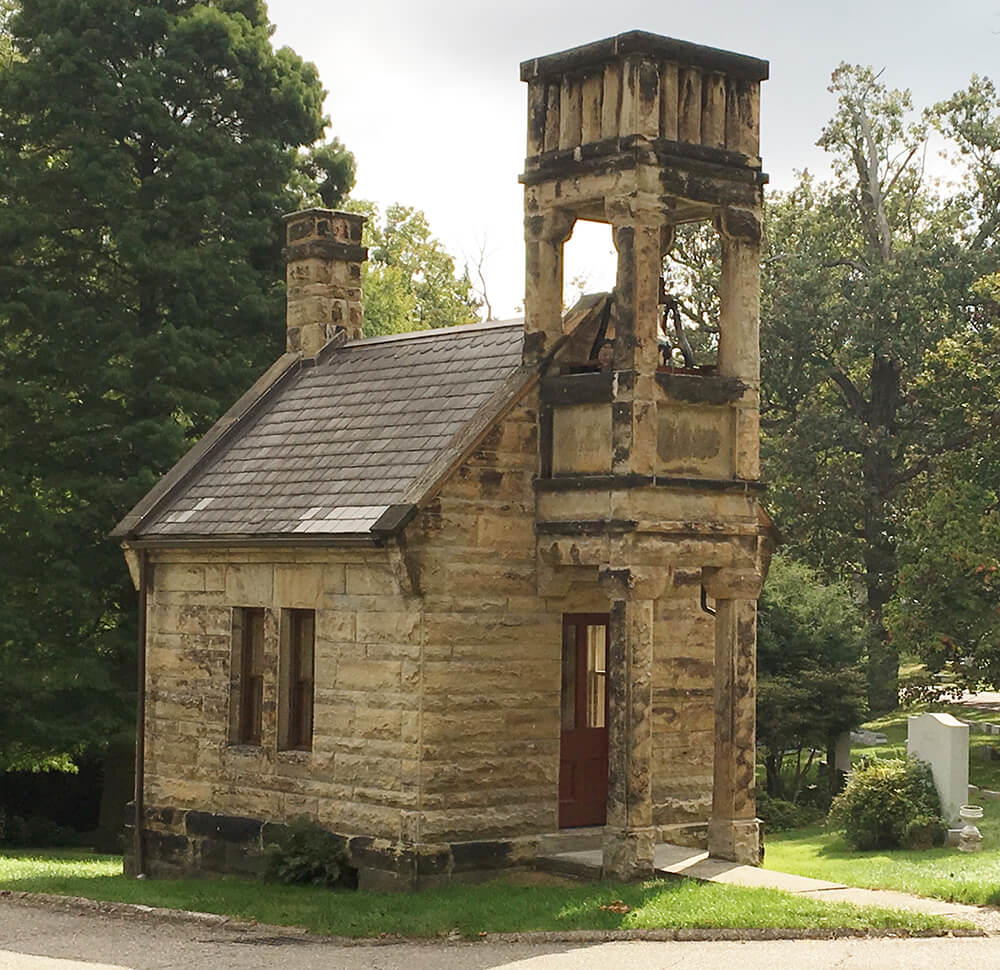 The first formal burial grounds for the early settlers of Steubenville, were established by Bazaleel Wells who gave the ground to Presbyterians and Methodists. One was located on the grounds where Grant School would once stand the other at the intersection of Fourth & Fifth Streets. With the coming of the railroad and the booming river traffic, the bustling river town began to expand and its commerce flourished. The cemeteries were soon surrounded by residences, which in turn were being replaced with businesses common to those days.

And so it was that in the summer of 1853 that a meeting was held at which time action was taken to relieve the situation. At a great mass meeting a committee on location for a new cemetery was named. The committee was made up of: Dr. Charles Clinton Beatty, Col George W. McCook, Rezin Permar, Frederick Frye, Dr. John Andrews, Alexander Beatty, William McDonald, David McGowan, Joshua Manly, Kinsey Swords, Ambrose Shaw and John McCracken.

The committee reported on December 16, 1853 that the William Huscroft farm west of the city was most suitable. They met constantly to work out the details to abandon the old cemeteries and start the new one. The Union Cemetery Association was incorporated with a capital stock of $10,000 on February 25, 1854.

Union Cemetery Association is a Not for Profit organization that was established in 1854. It is a privately ran cemetery with many acres of land still available for use.